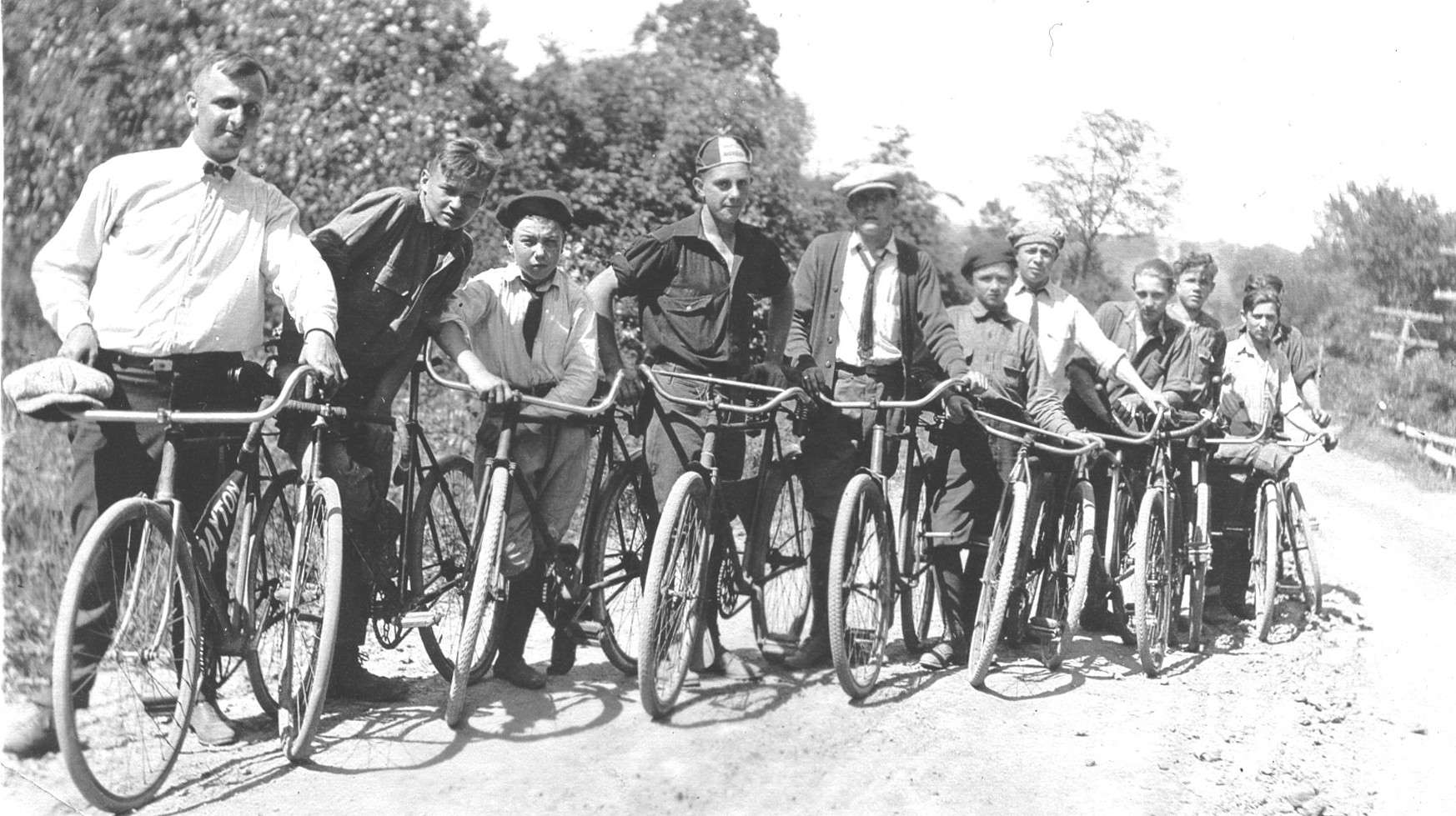 Many people ask about the history of Hall Bicycle Company, depicting personal stories of purchasing their first bikes with us as kids, or memories of their parents or even grandparents reminiscing of times spent at Halls. The history and longevity of our family business within the local Cedar Rapids cycling community is something that we are extremely proud of and want to share with the public. The following depicts a brief history of Hall Bicycle Company, one of the oldest continually running Bicycle Shops in the United States. 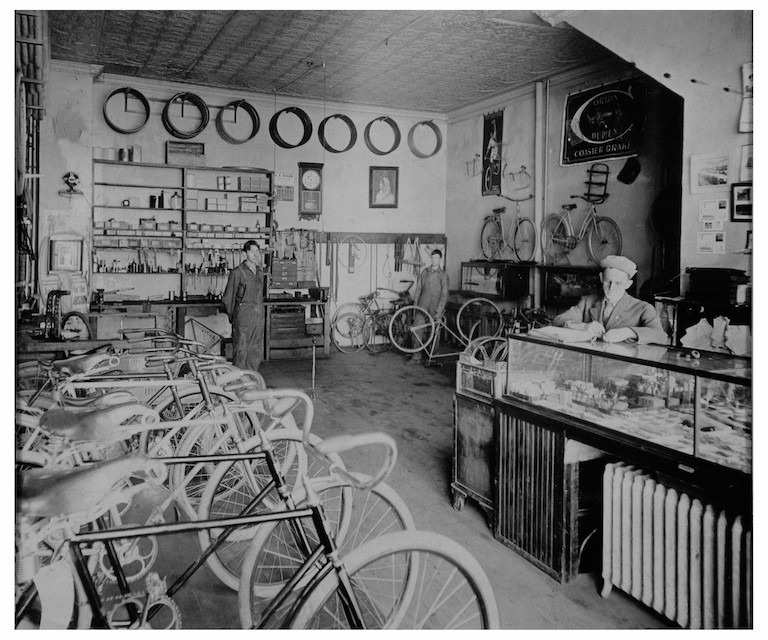 Hall Bicycle Company was founded in the year 1898 by a life-long Cedar Rapidian by the name of Edward Hall in a small store front at 111 3rd Avenue SE. Ed ran a very successful shop specializing in a number of different period brands of bicycles, as well as bicycle repair and service.

Ed was well known and respected in the community of Cedar Rapids. A recent reprint of a book highlighting information on Downtown businesses featured a write-up praising Mr. Hall and Hall Bicycle Company. The book, Cedar Rapids of Today, was originally published in 1902 and contains the following quote:

EDWARD H. HALL, Bicycles and Repairs, 111 Third Avenue. The Wheelmen of Cedar Rapids are all familiar with the store of Mr. Hall, his enterprising methods making his place headquarters for bicycles, supplies of all kinds, etc. He has been established here for the past four years, and is the agent for the famous Yale Bicycle, which is a leader among the high grade machines on the market. He also operates a bicycle livery and does repairing of all kinds neatly and cheaply and makes a specialty of lamps of every description, the Price Incandescent Vapor Lamp being conspicuous among others. Mr. Hall has lived here all his life and is known to all as a reliable and responsible business man.

Edward continued to run Hall Bicycle Company throughout the early 1900’s in its original location of 111 3rd Avenue. In 1908 the store made a very short move of less than one block to 109 2nd Avenue SE. The business was located at this address until 1956. 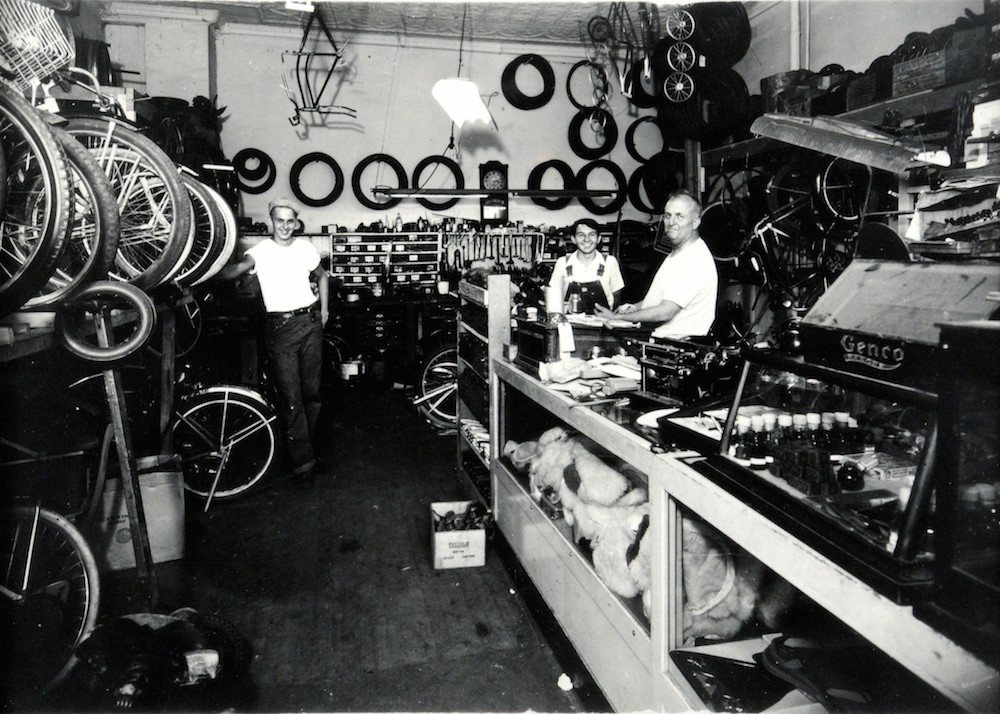 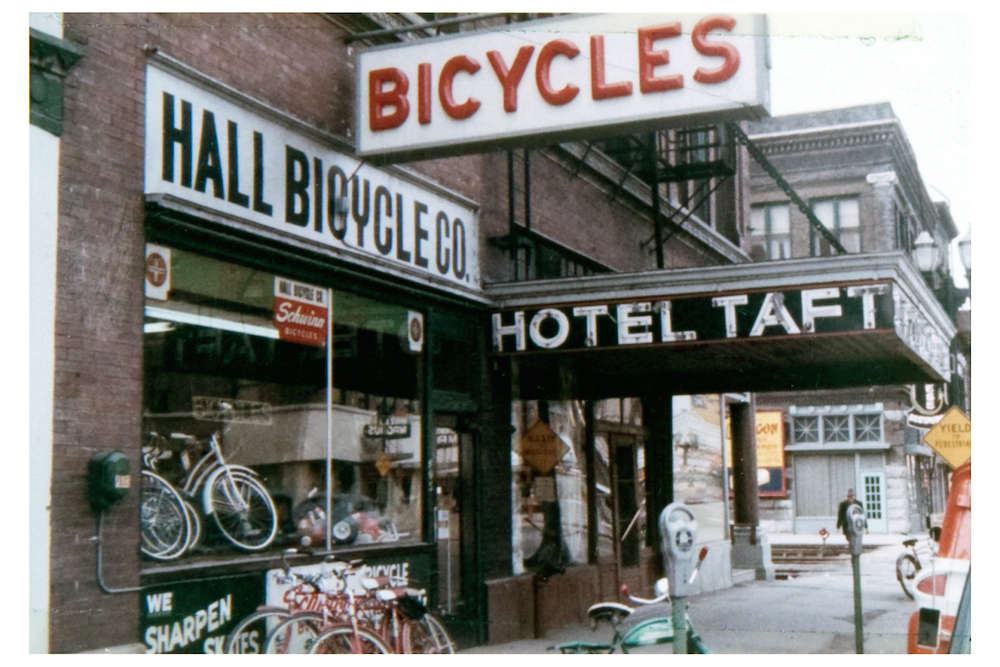 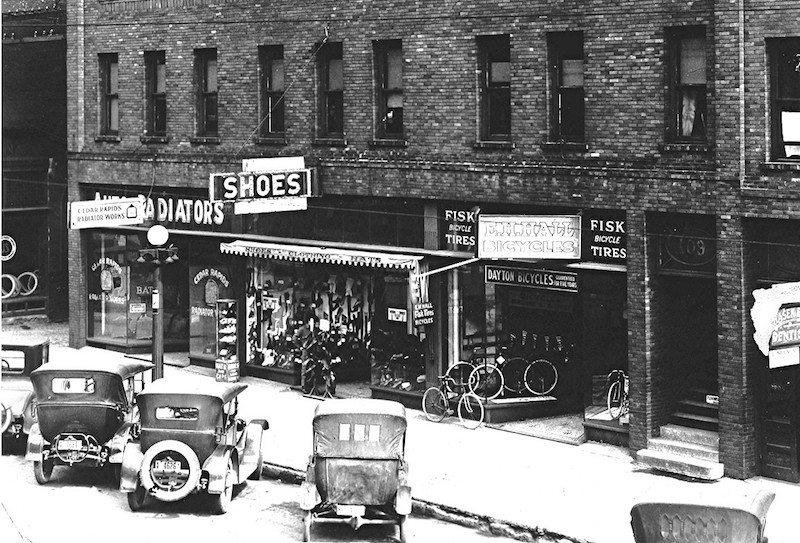 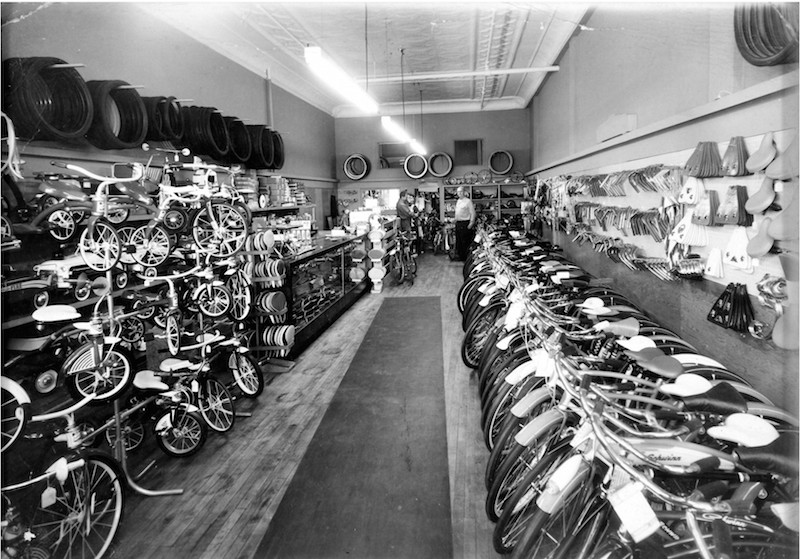 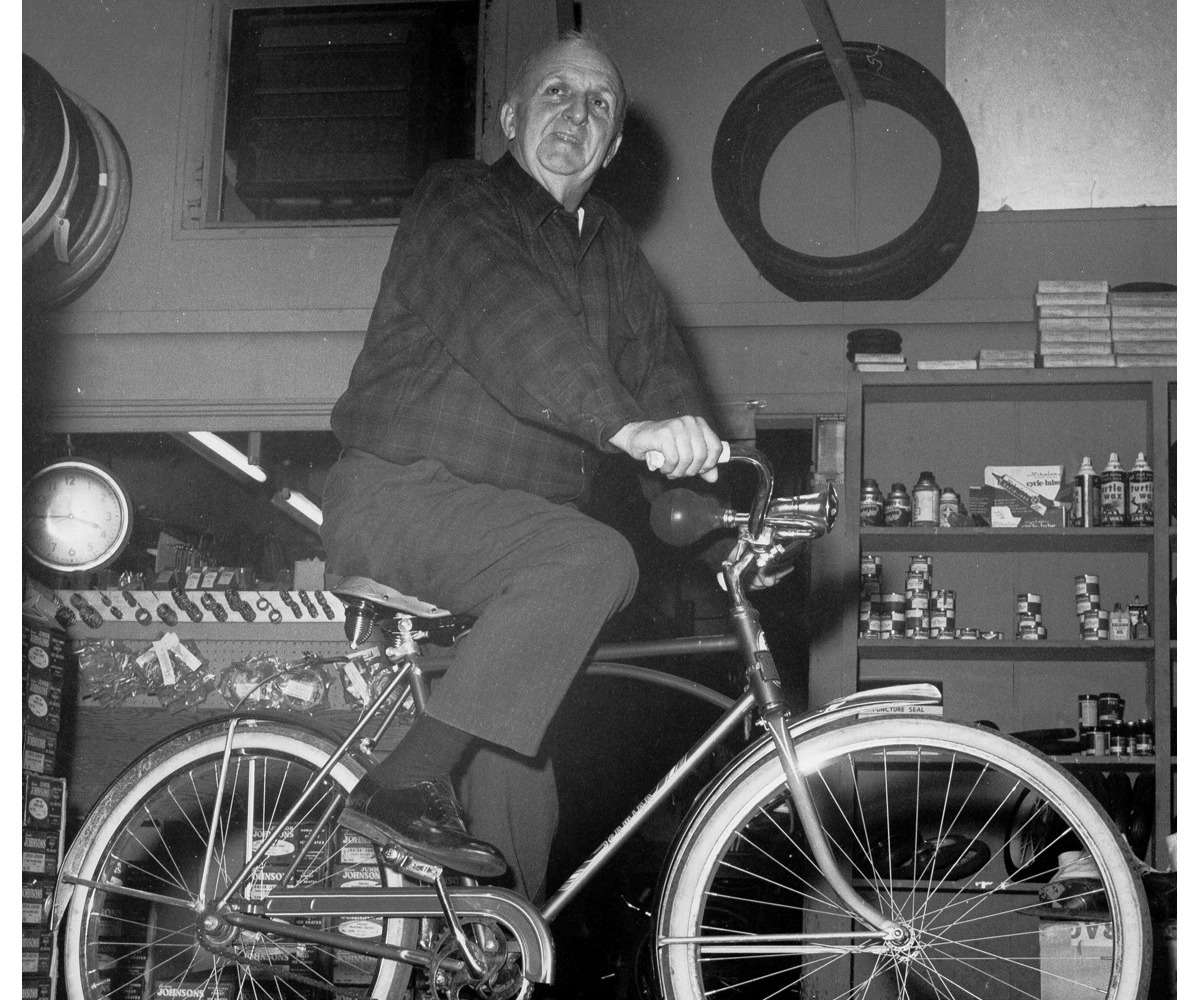 Edward continued to run Hall Bicycle Company throughout the early 1900’s in its original location of 111 3rd Avenue. In 1908 the store made a very short move of less than one block to 109 2nd Avenue SE. The business was located at this address until 1956.

The year 1914 was the introduction of the Moscrip Family to Hall Bicycle. At the age of 14 years old my great-grandfather, Walter Moscrip, had a job as a telegram delivery boy for Western Union. In an entrepreneurial fashion, he determined that if he had a bicycle, he could deliver telegrams faster and more efficiently. He went to Mr. Hall and struck a bargain to purchase a bike on credit, and agreed to make weekly payments from his Western Union wages. This continued for a period of time until a misunderstanding took place between Peter, Walter’s identical twin brother, and the Manager of the local Western Union office. Thinking Peter was Walter, he fired my great-grandfather.

Walter went to Mr. Hall and explained his situation, Edward agreed to let Walter work off his debt by sweeping floors and doing odd jobs around the store. He went to work and never looked back. In January of 1929, my great-grandfather purchased Hall Bicycle from Mr. Hall. In October of ’29, the stock market crashed and the Great Depression followed. With hard work, dedication, and a little luck, Walter was able to keep Hall Bicycle open continuously throughout the historic economic crisis. 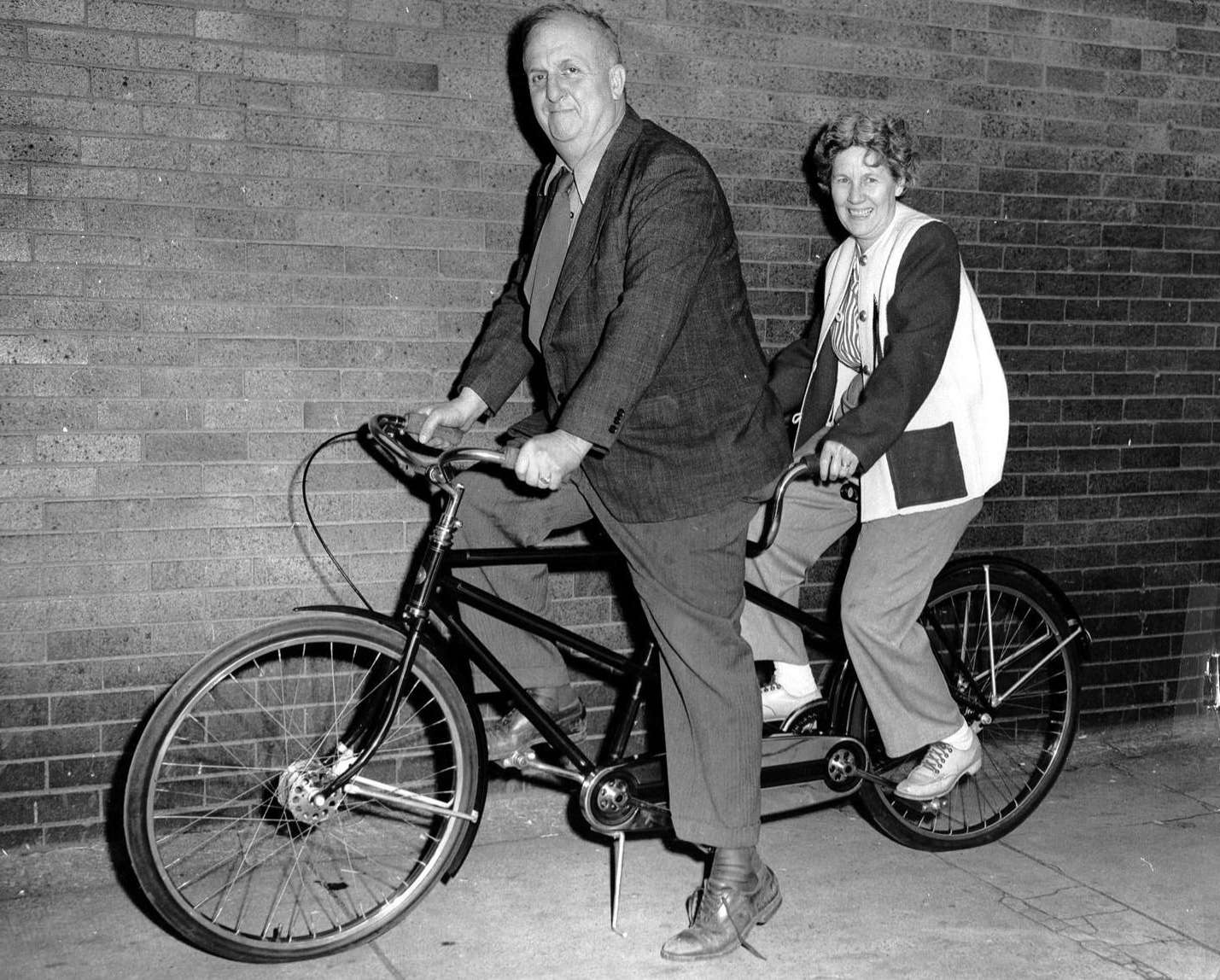 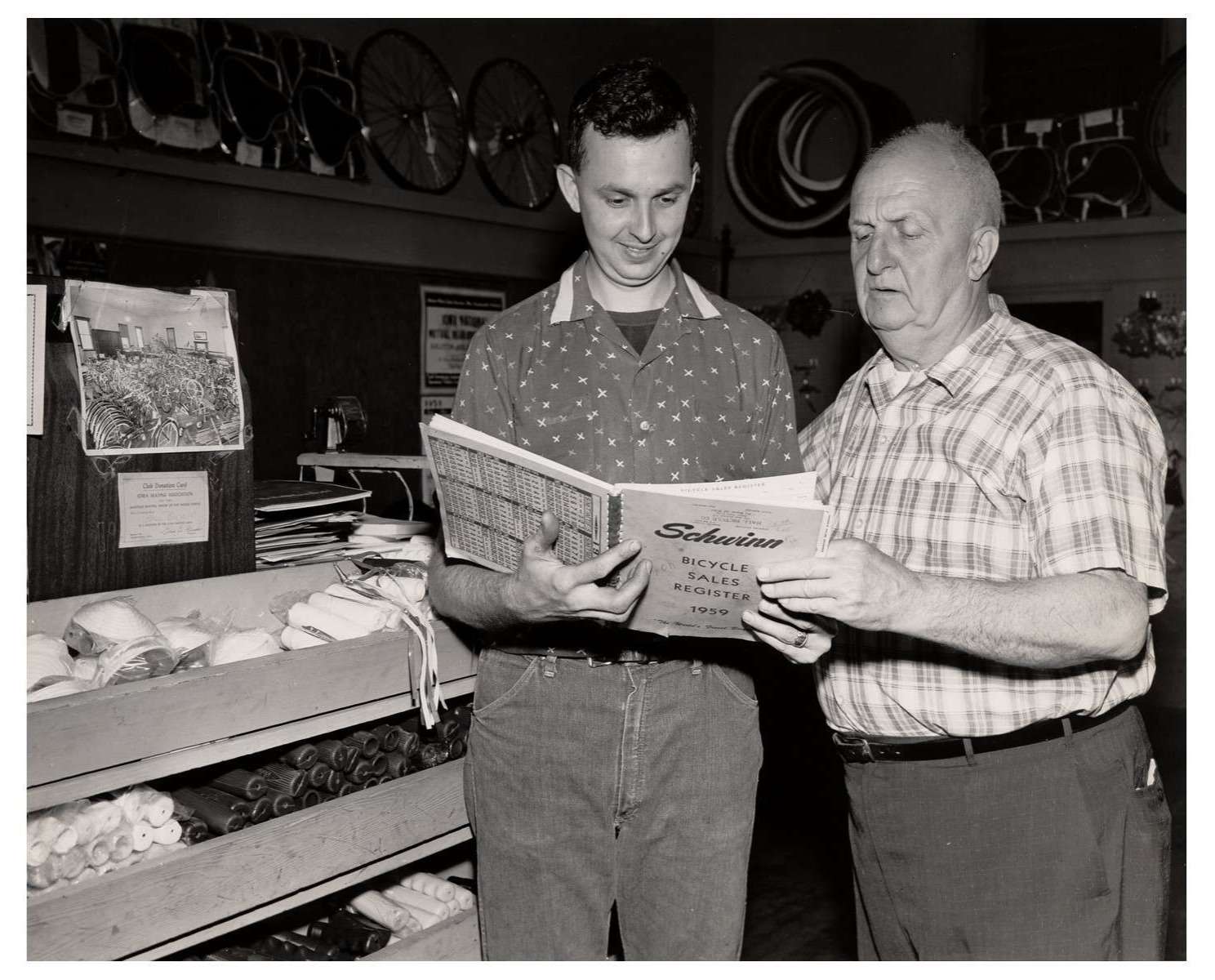 Walter and Margaret, my great-grandmother, ran the shop together, and through tough times and good times, kept it going. Bud, my grandfather, was an only child and grew up around the store, working part-time and summers. After high school, he enlisted in the army. After serving tours in Germany and Korea as a Quartermaster’s Sergeant, he returned to Cedar Rapids to work full-time for his father. In 1956 Walter and Bud decided to move Hall Bicycle just three blocks east to 405 2ndAvenue SE into the ground level of the Taft Hotel building. In 1961, Bud purchased the business and Walter retired. 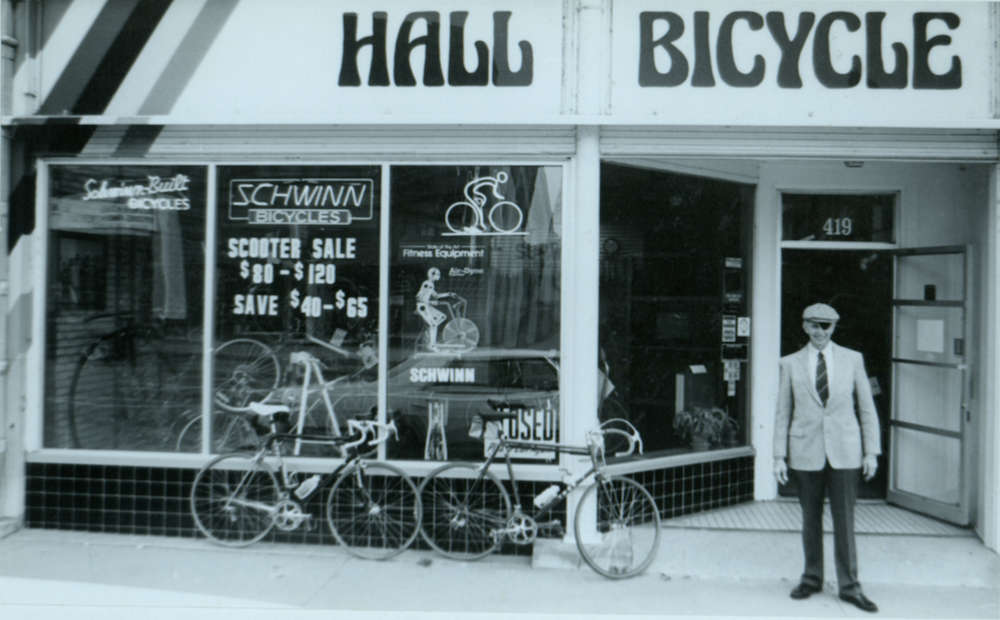 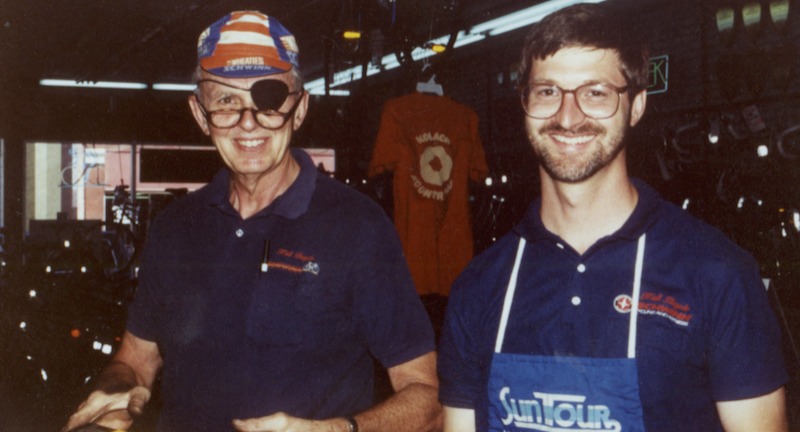 My father, Karl, was the middle of Bud’s three children and also grew up around the business, helping with odd jobs. When he was 14, he officially started working summers, cleaning up, fixing flats, and assembling bikes. Karl attended The University of Iowa for business school. While at Iowa he was also a Varsity swimmer for the University swimming and diving team. After graduation in the spring of 1977, he came to work full-time for Bud. While in college Karl worked full time through the summers. During this time, in 1976, the opportunity arose to purchase our current location, the historic Coffits building at 419 2nd Avenue SE. This move alleviated growing pains by offering a large increase in square footage. In 1993 when Bud decided it was time to retire, Karl purchased the business and became the sole owner and third generation Moscrip to run Hall Bicycle. 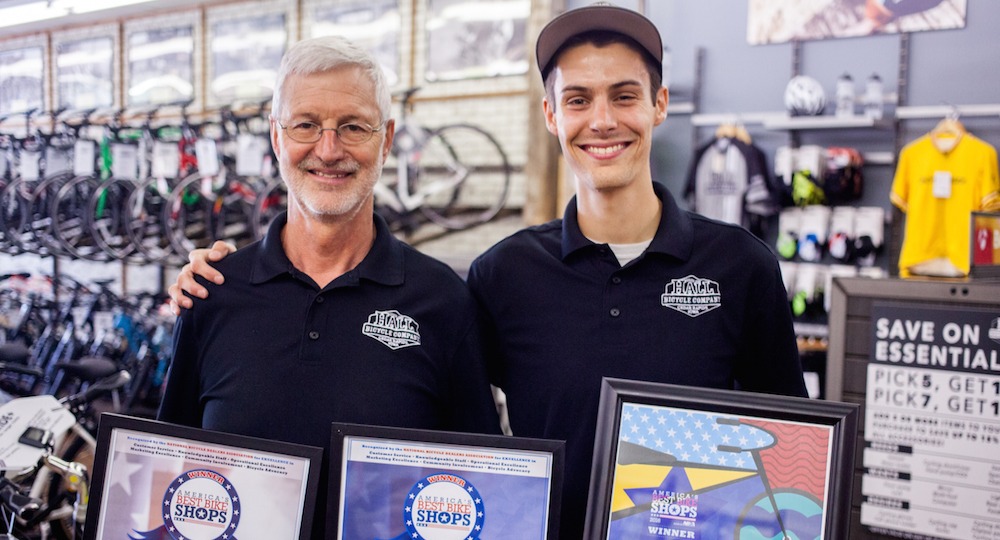 Here is where I finally come into the picture. I, very similarly to my Dad and Grandpa, grew up at Hall’s. As a child I loved coming to the shop and helping out, doing everything from sweeping, to filing paperwork, to serving popcorn at our annual sales. Around the age of 14 I became an official employee and worked part time, but did not begin a regular schedule/working full time in the summers till I was 17. I went on to attend The University of Iowa and graduated from The Tippie College of Business on Saturday, May 18th 2013. I began work full time at Hall Bicycle on Monday, May 20th and never looked back. As my father has begun to transition into retirement, I have taken over ownership of the business and plan to continue the Hall Bicycle tradition far into the future.

As you can see, we have a very rich heritage and deep commitment to cycling, one that goes back over 120 years. We are here to help you find the bikes and accessories that fit your needs, and we are here to stay.